You will just have to believe me because this wasn’t just any wing, this was a huge A380 wing.  So big it was, that it stretched a full five rows of Club World seats and way beyond rearward.

Wings have been an institution in terms of flying since day one.  Hence I like wings.  Just as well, since my entire view from gate C61 at LHR to Terminal 2 at FRA was of this mass of metal in around 50 shades of grey.  Now don’t get me wrong, I have no leanings toward this wing (or any other  come to that), but when a wing dominates your life as this one did for a full two hours you have no choice but get to know a significant amount of it.  Even then it does not share its full self with you.

Such is the gracious curvature of this magnificently British built colossus, the hump in the middle means the winglet is merely a footnote rising above the horizon.  But between them, two huge wings gently eased this bird (or whale, depending upon your point of view)  across the Channel and floated us smoothly into Frankfurt.  As yet I have no idea what the view from the upper deck is, and have had to venture no further back than Club World, but if ever I do, I’m certain of one thing….a large part of my view will once again be the wing.

Kiss Tip – British Airways is currently using the aircraft on some of its short haul Frankfurt rotations out of London Heathrow, the Sunday we travelled it operated the 902/3 and 910/11 flight rotations, prior to moving the aircraft to its long haul routes on September 24th 2013.  If you have some spare Avios, or cash, and get the chance to fly on this aircraft, take it.  It is not often you get to travel on an almost brand new aircraft… 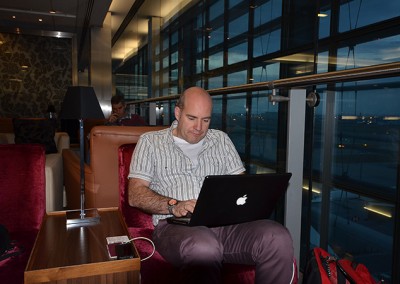 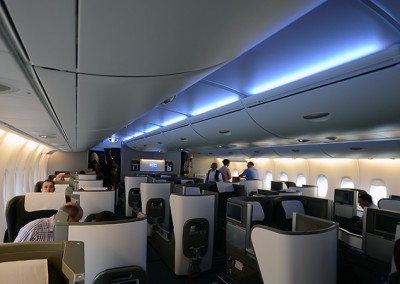 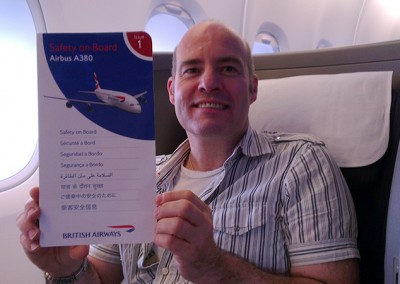 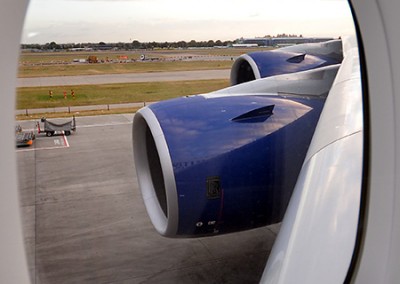 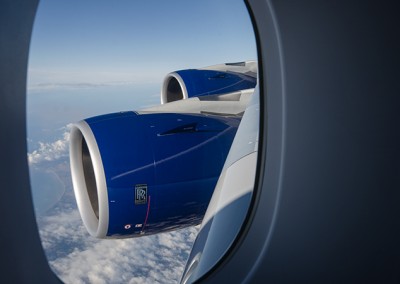 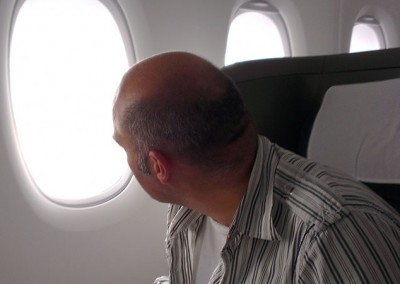 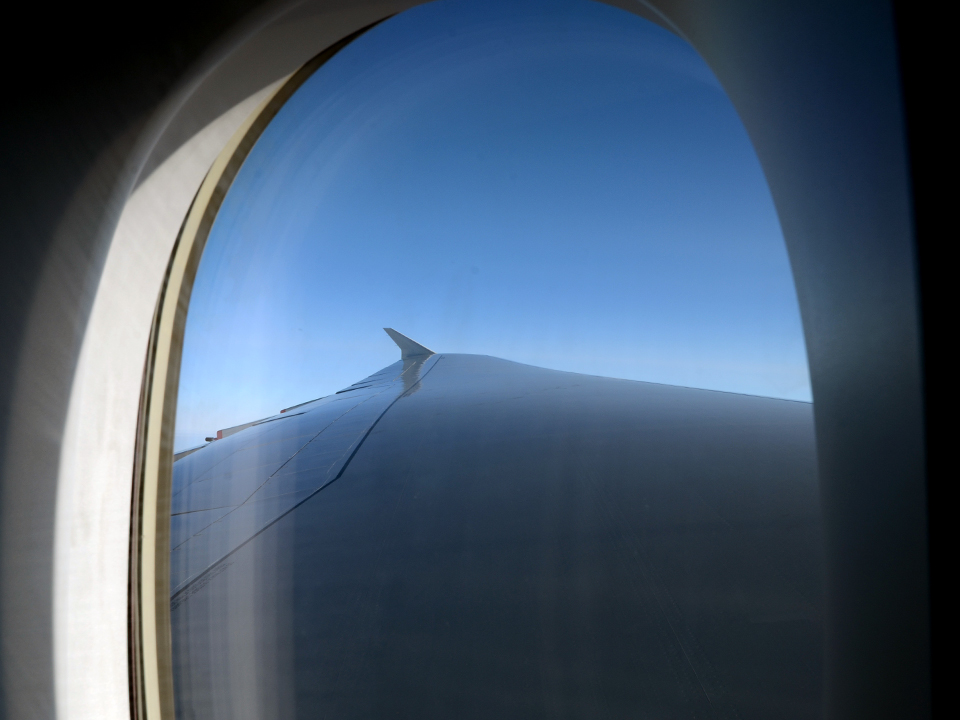 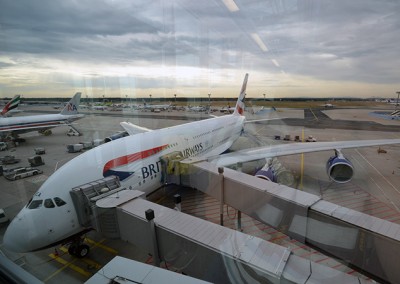 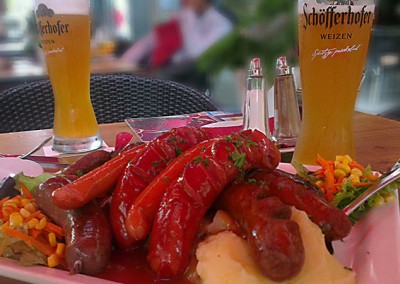