THE JOYS OF A WINDOW SEAT…

Next time you fly ask for a window seat. The world looks entirely different from above, with sunrises and sunsets to new landscapes, new cityscapes and all kinds of cloud formations. Even if you fly the same route on a regular basis, the changing seasons, combined with different times of day, and of course variable weather patterns for most of us, will ensure a change of perspective through your aerial porthole.

I, for one, never tire of an aerial view of London as we descend towards Heathrow, not only because you get to realise just how green and pleasant London is, but also for many years it has been my home airport.

The time of year can often grant some incredible sights that are generally down to pure luck as to whether the weather plays ball. London to Glasgow on a clear bonfire night offered glorious aerial displays of fireworks all the way up to Carlisle; flying from Brisbane to Cairns over the Great Barrier Reef was stunning; seeing Iguassu Falls from 35,000′ having been on the ground there the previous year was also pretty impressive, and Niagara Falls look spectacular from on high. I still think a clear day over mountains is hard to beat, though flying over New York and the East Coast at cruising altitude (viewed from the flight deck!) probably remains my favourite. 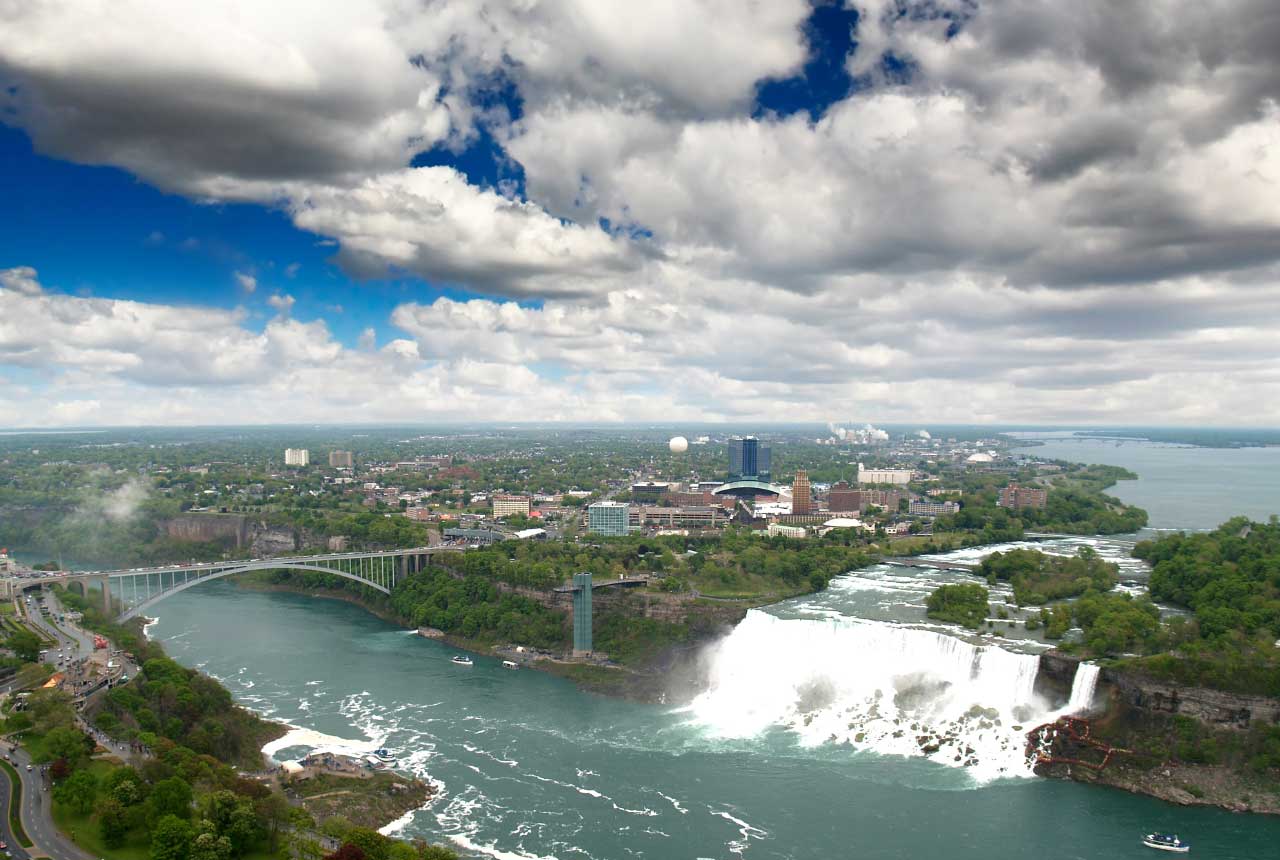 THE INEVITABLE FRUSTRATION: Of course, like many things in life, there is no guarantee that you will have any worthwhile view. I recall flying from London Heathrow to Paris Charles de Gaulle many years ago. Northern Europe was largely fog bound so I was quite grateful we took off at all. We were just seconds in the air before entering thick fog and cloud. The next thing I saw other than dull, grey murkiness was the runway at CDG as we descended through the [still thick] fog. It was a rarity to have such little view, but it can and does happen. Set your expectations realistically, and you will enjoy the scenic wonders that unfold as you traverse continent(s). 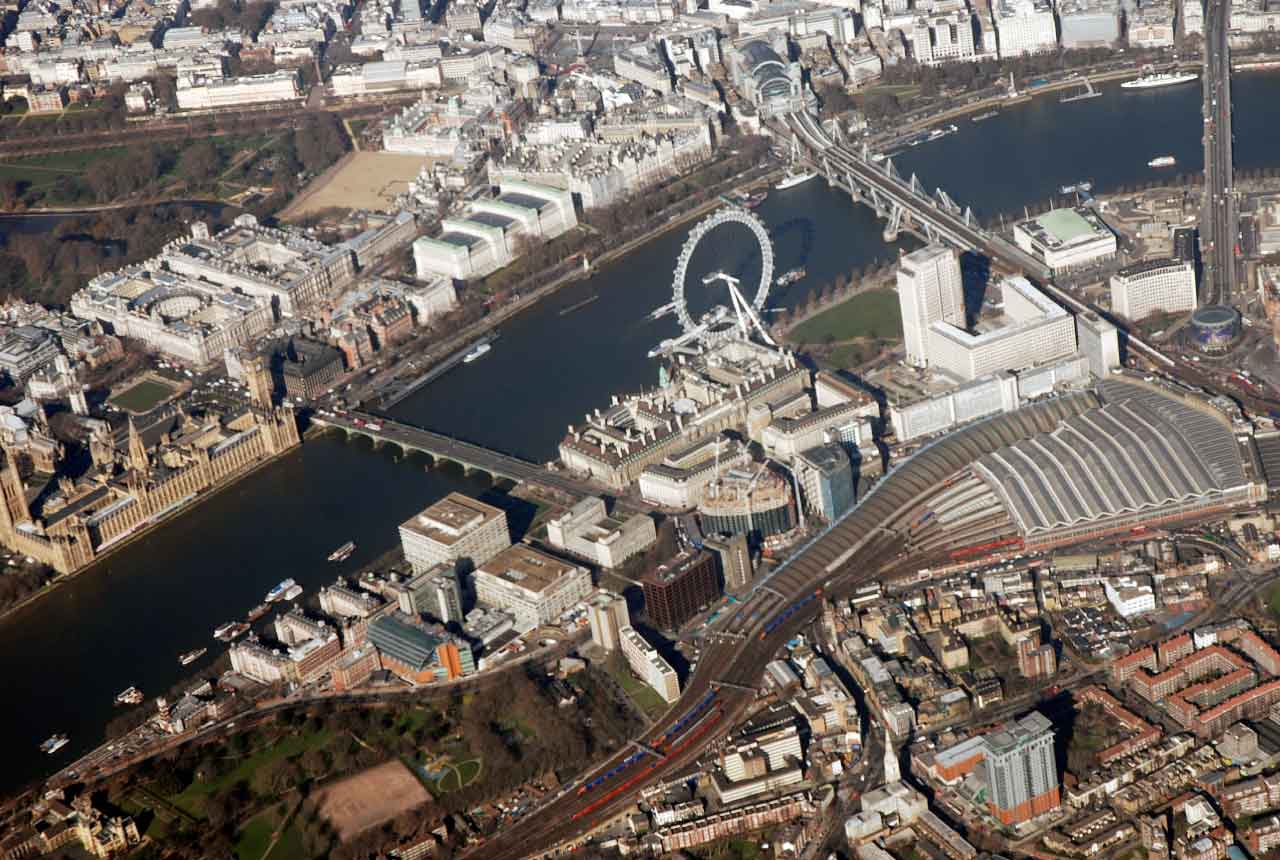 Coming in to London

LANDING INTO LHR on RUNWAYS 27L/R: Coming in to London Heathrow, sat on the right hand side of the plane, can often offer beautiful views of London (weather permitting). The best views of London’s major landmarks are obtained sat on the right hand side of an aircraft (ie opposite window to seat ‘A’). That’s not to say that seats ‘A’ has no view; they can still be superb, but generally miss out on the major landmarks of The London Eye, Buckingham Palace, Hyde Park, Parliament and The Mall. The changing seasons give bursts of a variety of colour, particularly around the parks. From the air you really get to see just how green London is.

It’s also fascinating watching the city evolve – from 2007 to 2012 East London saw the evolution of the Olympic Stadium, and the City of London is always under development with new skyscrapers reaching for the skies. 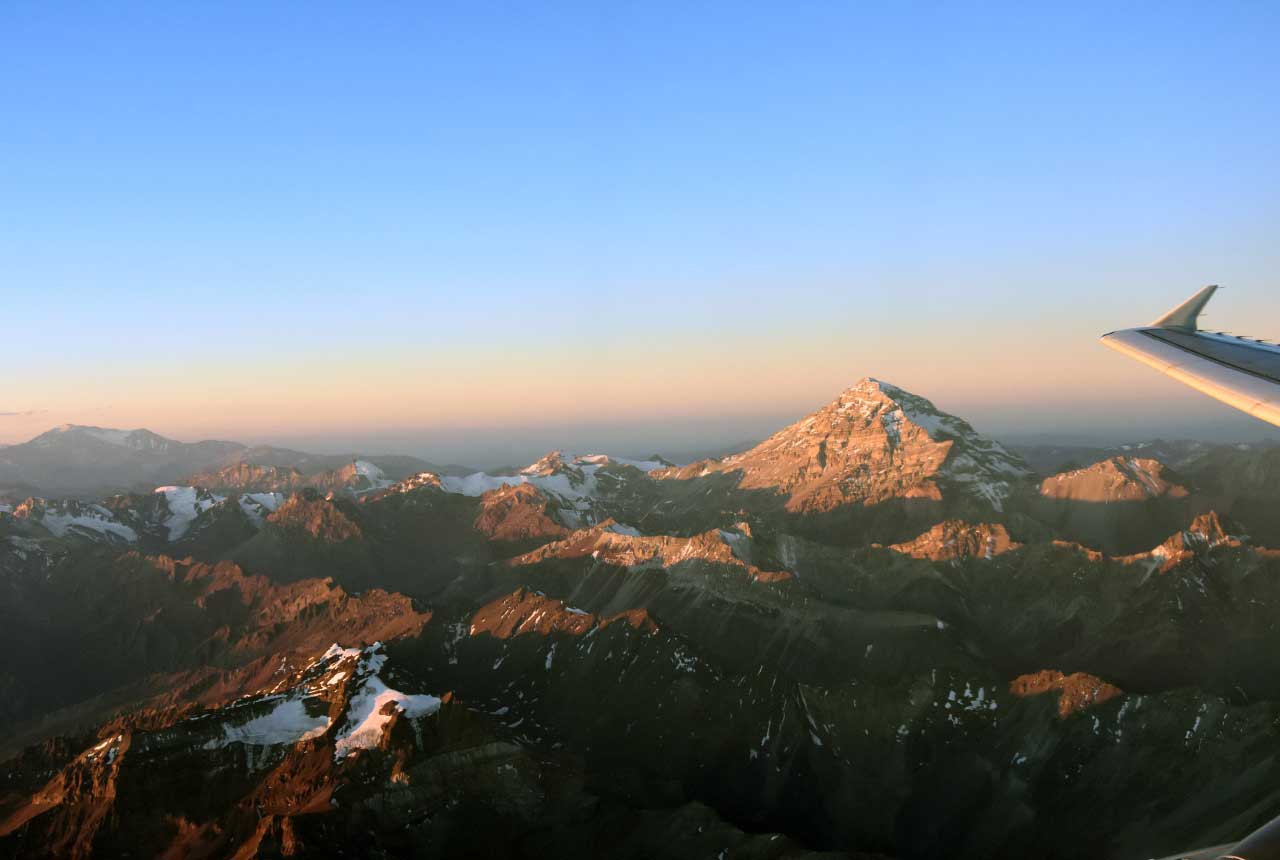 the heavens are with you

MONTEVIDEO (Uruguay) to SANTIAGO (Chile): You know the heavens are with you when you are over the Andes on a clear day with the sun setting ahead of you, casting its setting light across the mighty Andes, and Mount Aconcagua in particular. Whilst I’d hoped for clear weather and an on time flight on Lan Chile’s early evening Montevideo to Santiago run, I couldn’t have dared dream for the views I got. Sometimes it does all come together!

Here's how to contact Kiss Travel. We'd love to hear from you!

GET THE LATEST NEWS